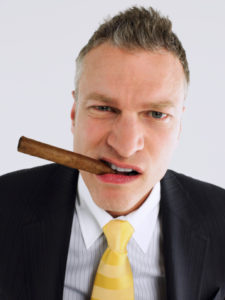 We’ve all done it before – you find a program that you love, and you use it every day until it’s so old it stops getting support from the developer – in the case of Windows XP, that could be extremely dangerous for you and your business.

SanDisk reported in 2015 that roughly 25% of organizations were still using old versions Windows and didn’t plan on migrating until the software’s end-of-life. Windows XP was first introduced in 2001, and since then it has been one of the most popular operating systems with millions of users even two years after the end-of-life.

However, just how dangerous is it to just keep using the same program? It can’t be that bad, can it? In reality, it is incredibly dangerous. Here are the facts you need to know if you plan to keep using geriatric versions of Windows software:

No More Updates Or Patches… You Are On Your Own

One of the main issues with old software is that it isn’t issued new updates and patches. Once software becomes all but extinct, it no longer gets the same protection. Microsoft cannot possibly create patches and updates for all the software and programs it has ever released, so they instead focus on just their most recent software. If you are using an old version, this means that you are leaving your computer vulnerable to the latest security threats.

Doesn’t Play Well With Others

A second danger that comes with failing to update is software incompatibility. New applications cannot be made to accommodate all software that has ever been released, as they are optimized for only the most recent of operating systems. If you are still using Windows XP, then you are limiting your computer’s compatibility with other legacy software, which in turn limits what you can get out of your programs, and out of your network as a whole.

If you are a business that stores essential data, such as sensitive customer information, or payroll accounts, then you could run the risk of not complying with the law. Entrusting your business’ confidential information to a legacy application means you aren’t securing or protecting your data. In other words, you are leaving the doors unlocked and open; you might as well load the info on a flash drive to give directly to the hackers. If you are hacked, you would have to contact Microsoft to get a patch, and then you will have to fork over a large amount of cash. A customer support agreement with Microsoft can run a business $200-$600 per server. Keep in mind that the cost for a custom support agreement goes up each year.

Ransomware is a type of malware that prevents or limits users from accessing their system or files until a ransom is paid to the hackers. The cost of global ransomware incidents is estimated at $325 million for the year of 2015. By the end of 2017, this number had already multiplied to $5 billion. By the year of 2020, it could easily quadruple to $12 billion.

A good example of the dangers that come with Windows XP is the recent “WannaCry” ransomware that swept the UK’s National Health Service (NHS). The NHS had to shut down services throughout their hospitals and clinics due to this ransomware attack. It was reported at 90% of their NHS used at least one device that was still operating on Windows XP. Due to their computers being encrypted by the ransomware, the hospitals were forced to turn away patients while they fixed the problem. Keep in mind that this is software that has not been supported since 2014. As of January 2017, the number of Windows XP users dropped to 0.9% of the market, which seems relatively small and non-threatening – however, 0.9% of 2.17 billion is still 19.5 million.

Costs Out Of Pocket And Out Of Luck

Beyond risking your security and reputation of your company you are also forcing yourself to pay higher operating costs. Using old software has a much higher price for maintenance and bug-fixing. For example, if you needed a patch from Microsoft for Legacy Windows XP, you would end up paying more than you would to just update and replace the program.

Lastly, you will be suffering from inadequate performance and unreliability. Programs built in 2003 and before cannot keep up with the technology of 2018. This means that while Windows XP was cutting edge when it first came out, now it cannot keep up with the internet speed, or with the pace of faster servers. We all hate waiting for a program to open, or watching the spinning wheel while your computer tries to catch up – while you wait, your work continues to pile up. Imagine what this costs your company in downtime alone.

With so many issues, it’s hard to see why so many people have continued to use Windows XP. Years after the last update was offered from Windows, huge companies still cling to the operating system’s remains. The reliability and comfort of the operating system proved to be a fault in their own. Imagine if we lost 75% of our water utilities in the US, due to a preventable hack. Not only would be out of the water, but all the sensitive information that the utility companies hold would be left defenseless.

Continuing to use software that is out of date is like leaving your home unlocked, your doors open, and all your valuables on display and unsecured. Hackers don’t have to keep up with the latest software to make good money when businesses are making these kinds of mistakes. If you stay with Windows XP, you will be paying more for security vulnerabilities and poor performance – don’t let this happen to your company. The cost of the updated software will pay for itself by saving you the money you’d pay for the patch from Microsoft and in damages.